The building has been known as ‘Church House’, ‘Monckley House’, and as the ‘Hospice’. There is a local tradition that the building was connected with the Knight’s Hospitallers, but there is no evidence for the Medieval Order of St John of Jerusalem owning property in the parish of Newcastle.

It is possible that the hearth passage house as described and recorded by Royal Commission on the Ancient and Historical Monuments of Wales was adapted from an earlier smaller building, and the core of that building is represented by the thicker walls which each have an inter-mural stair with small cut-through stone lights. These surround the smaller of the service rooms, which with its apsidal end hints at an ecclesiastical use. If so, then it is possible that building was originally a small wayside chapel caring for the spiritual and temporal needs of pilgrims on their way to St David’s. There are strong traditions for Bridgend having a number of stopping places for pilgrims, in part reflected by the names of several public houses (eg The Angel, the Lamb and Flag both now gone) in the vicinity of Newcastle Hill.

If correct, then the re-building of the structure into the hearth passage house would represent a change of use and possibly owner. A locus for this might be the acquisition of the Parish of Newcastle by the Cistercian monks at Margam Abbey, who acquired the rights to the parish from Tewkesbury but were required to provide a suitable dwelling for the priest. Alternatively, the building may have been used as a small hospital, or more likely was taken over by a secular agency, perhaps a local merchant. What can be reasonably certain is that whoever built the core of the structure that we see today had both status and means.

The enlargement of the hearth-passage house (widening of the porch and room above together with a possible cellar below) in the late sixteenth/early seventeenth century may reflect a further change of ownership.
We know (from transcriptions on a later lease) that by the end of the eighteenth century that the building was owned by Walter Coffin. The Coffins were a major landowner in Bridgend, their wealth derived from a productive tannery. They were also connected by marriage to the Price family of Llangeinnor, who included the famous humanist Richard Price and his nephew William Morgan one of the founding fathers of actuarial practice.
In the nineteenth century, the house was leased to various parties and the property was subdivided with two extended families living in either half each with an extension built to the rear of which only the northernmost now survives.

In 1919, the then owner Abraham Lewis sold the building to the Order of St John of Jerusalem. Owen Phillips, Baron Kylsant, a colourful character, claimed to have purchased the freehold for the Priory. He had connections with Slebech, Pembrokeshire, a former Commandery of the Knight’s Hospitaller. In the late twentieth century, the building was acquired by the present owners. 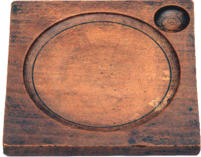 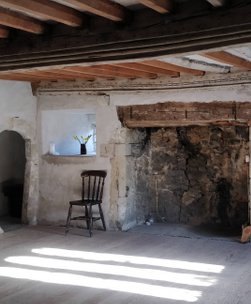 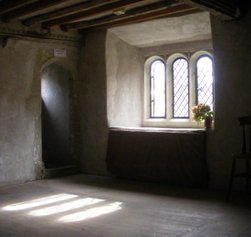 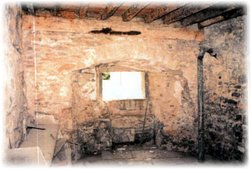 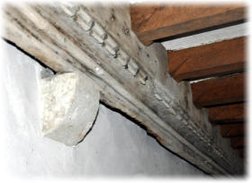