St John’s House is protected as a Grade II* Listed building (No 13111); the description was last amended in 1986 and can be accessed via the Historic Wales Portal http://jura.rcahms.gov.uk/cadw/cadw_eng.php?id=11311. The building was rapidly surveyed by the Royal Commission on Ancient and Historical Monuments in Wales c 1980 and is noted in the relevant volume of the Glamorgan Inventory, it is also described in Peter Smith’s overview Houses of the Welsh Countryside (Royal Commission on the Ancient and Historical Monuments of Wales 1975, 194, 199).

The building is of unusual quality and preserves a degree of structural integrity not always seen in domestic dwellings of late medieval and early post-medieval date in Wales. The property was visited again in 2014, a copy of the report can be found by following this link.

In style and plan it belongs to a class of buildings known as hearth-passage houses which in plan share a common characteristic of the main hall fireplace and chimney backing onto a central passage, which serves to divide the house into two units, but it may have been adapted from an established structure.  Alongside some minor modifications, extensions were added to the front and rear of the building in the later part of the eighteenth and in the nineteenth centuries. All bar one of the extensions has been removed.

The central passage is entered through a storeyed porch, enlarged from a smaller entrance, which on the ground floor gives access to the hall on the north (upslope) side and two service rooms to the south, the eastern of these is apsidal to the east. On the second floor is a single room open to the roof above the hall, whilst a Great Chamber over the service end lies below a loft.

The stairs to the upper floors are encased within the walls and lit through small arched lights each created by carving through a single building block. The original porch and the corners of the main building are dressed with quoins fashioned from Quarella stone and the door frames in most of the rooms are fashioned from Sutton stone. Other notable architectural features are the squared lights in the porch and the herring-bone shaping in the main hearth wall.

The ground floor is paved in stone slabs, the upper timbered. The building retains many of its timbers but the upper floors and some purlins and beams were replaced in the late twentieth century during a previous attempt to bring the building back into use. 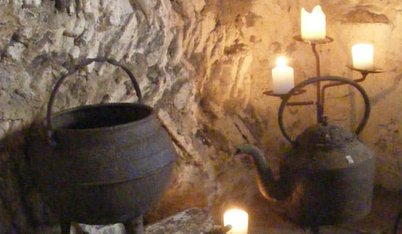 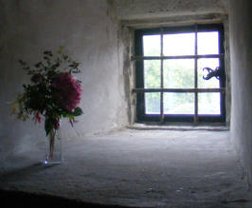 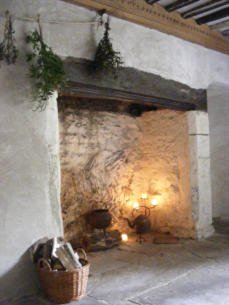 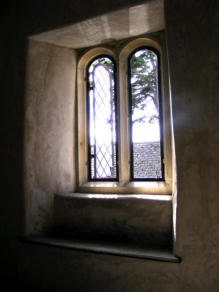 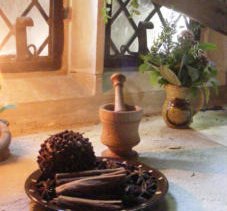